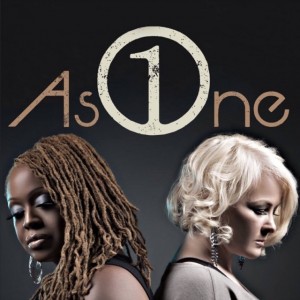 ight and Theresa Bailey have enough credits to set up shop as a writing machines anywhere on the planet.  It was their coming together, however that set them on a new path.  Lisa was fully involved in the process and making plans to record a solo project.  At the behest of her producer, she met with 2012 GMA Immerse Female Songwriter of the Year winner Theresa Bailey to come up with some new material.  Upon hearing the musical collaboration, Lisa’s producer was blown away.  The end results gave credence to the undeniable fact that the sovereign God had orchestrated this meeting and set these two minstrels on a divine path.  AsOne was born.

Now knowing God was in the plans, Lisa and Theresa fully accepted the call and mandate to be shining examples of the message of reconciliation through the power of Jesus Christ.  “You have to come to the conclusion that you can do nothing in and of yourself”, states Lisa. “We are here and we are open and ready to be used by God as an interracial duo to impact and bless the nations.” Their sights are set on tearing down boundaries and racial divides to minister the love of God to a hurting world.  Fueled by the April release of their ever popular praise anthem and radio single Hero, their 8 song self titled disc produced by Paul Wright hits stores on Tuesday, June 23rd.  The CD presents a diverse musical offering drawing from both ladies musical experiences and influences.  In addition to Hero, the listener is treated to stellar work from the ladies alongside Lamar Campbell’s Spirit of Praise Choir, Take 6’s Mark Kibble and rapper Da TRUTH.