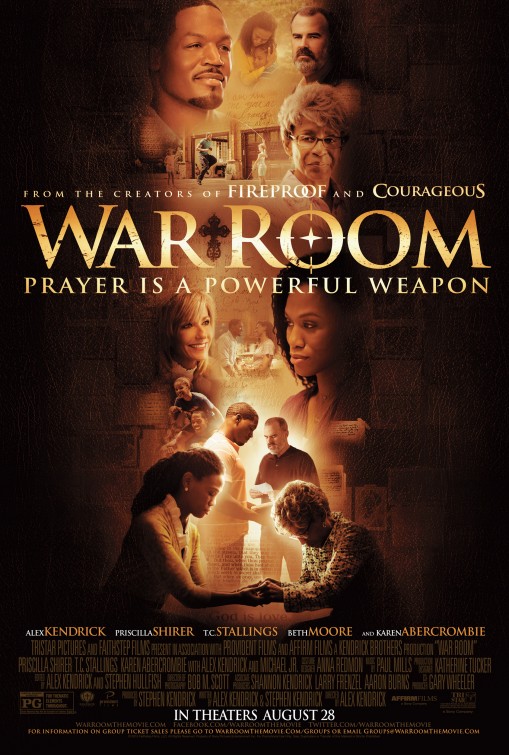 Bringing in $13.4 million over the four-day holiday weekend, the film claimed the top spot. In its two weeks of release, War Room has earned $28.7 million.

Accompanying the blockbuster is an equally Stellar soundtrack that seeks to capture the emotion and message of this inspirational film. Top Christian artists featured include Vickie Winans, Casting Crowns, TobyMac and Mandisa,  with never before released music from Steven Curtis Chapman. Track listing is as follows: