Atlanta’s Marquis Boone in a short time has gone from new kid on the block to music powerhouse.  His Marquis Boone Enterprises has racked up 6 Billboard #1 singles in the last year from breakout artists Casey J and Bri (Briana Babineaux).

Casey J’s meteoric rise begin with her doing what she does best,  serving as Worship Leader at Fresh Start Church in Duluth, Ga.  Her 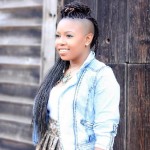 rousing rendition of Fill Me Up wowed the attendees in Sunday Worship to the point that Boone had her record it and serviced the song to radio.  Fill Me Up connected with audiences nationwide hitting #1 on the Billboard radio chart and spending some 14  non consecutive weeks in the top spot.   Her debut CD, The Truth was released taking the top spot on the Billboard Top Gospel Albums chart and making way for the second single, I’m Yours to spend some 4 weeks at #1 on the radio chart. 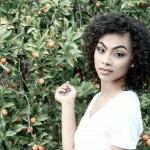 Marquis discovered Bri (Briana Babineaux) via a social media posting of her singing Tonex’s Make Me Over.  The Youtube video amassed over 1.5 million views.  Boone quickly signed her and recorded I’ll Be The One and made history.  The song made Bri the the first artist to debut in the #1 spot on the Digital Gospel chart without aid of radio airplay, a national television appearance or prior sales history. Keys To My Heart held the number 1 spot on the Billboard Gospel albums chart for 2 consecutive weeks.