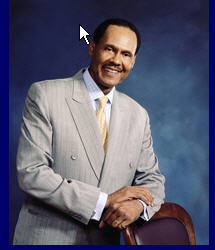 The event will will take a look back at four decades of Central City Productions’ greatest moments and feature performances by Vickie Winans and Ricky Dillard.  Dr. Albertina Walker and Darius Brooks will also be on hand to celebrate this momentous occasion.

CCP has produced over 1,000 hours of television programs to date, including the Stellar Gospel Music Awards, the Trumpet Awards and programs such as the Bud Billiken Back-to-School Parade, Know Your Heritage, The Black College Quiz Show Series, Hispanic College Quiz, Our World with Black Enterprise and The Black Enterprise Business Report, among many others.

The event will pay tribute to CCP Chairman/CEO, media mogul and civic leader Don Jackson. In addition to creating the Stellar Gospel Music Awards, Jackson is an active member of the Chicago business and civic community.  He is a founding member of A.B.L.E. (Alliance of Business Leaders and Entrepreneurs), and serves on the boards of Junior Achievement of Chicago, Columbia College and the Gateway Foundation.  Jackson has previously served as chairman of the board of the DuSable Museum of African American History, on the Northwestern University Board and Chicago Transit Authority Board.