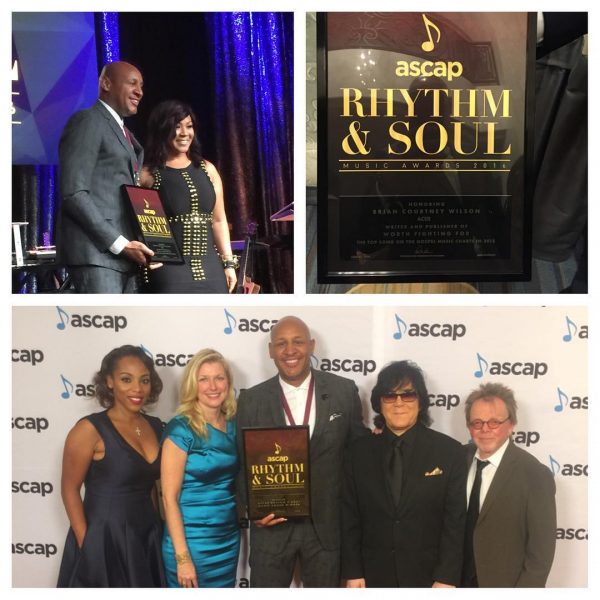 Gospel music was celebrated in high style at the 29th annual ASCAP Rhythm and Soul Awards held on June 23rd at the Beverly Wilshire in Los Angeles, California.  The American Society of Composers, Authors and Publishers honored the songwriters and publishers of the most performed ASCAP songs on the 2015 R&B, hip-hop, rap and gospel charts.

Motown Gospel recording artist Bryan Courtney Wilson took home the Most Performed Gospel Song Award for his song Worth Fighting For.  Among the performances that capped off the evening was Anthony Brown and group therAPy’s electrifying performance of their hit, Worth.

Other award winning songs are listed below00:

“Fill Me Up” by Casey J
Writer: Will Reagan
Publisher: United Pursuit Music