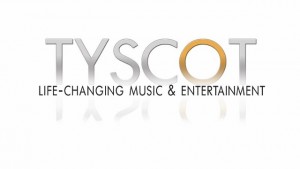 Its been a good year for Tyscot Records and the blessings just continue to flow.  The oldest existing African American Gospel Music label began the year with a record 10 Stellar Award wins for Anthony Brown and group therAPy.  The radio hit Worth from their Everyday Jesus project spent  21 non-consecutive weeks at No. 1 on Billboard’s Gospel Digital sales chart.  The album also received three Billboard Music Award nominations.

Newcomer Casey J continues her reign holding down the top spot on the Billboard radio charts with her current radio single I’m Yours, and internet sensation Bri (Briana) Babineaux made her Billboard Top Gospel Albums chart debut  at number 1 and held on to the top spot for another week with the release of Keys To My Heart.

In honor of their 4 decades in the business, Tyscot will release “Feel Good! 40 Years of Life Changing Music,” a fifteen-track compilation featuring some of the label’s top acts past and present, in celebration of the historic recording firm’s 40th anniversary on April 29th.

Worth Fighting For N