When you’re part of a musical family, the expectation of strong music potential can run high, fortunately with the case of Tim Bowman, Jr., we can rest easy. The son of note 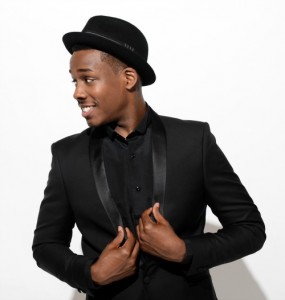 d guitarist Tim Bowman, the younger introduced the saints to “sanctified scat” with his appearance on his aunt Vickie Winans’ smash hit, How I Got Over.  That was followed by the release of his independent CD in 2010 featuring Beautiful, which made its way into the top ten.  Bowman’s signing with Rodney Jerkins Lifestyle Music Group/Motown Gospel just gets us in gear for great things to happen.

The first radio single I’m Good, written by Jhonte Austin and produced by Jerkins shows a mature and modern sound for Bowman.  The single has been serviced to radio and Bowman will make appearances in support of its release.