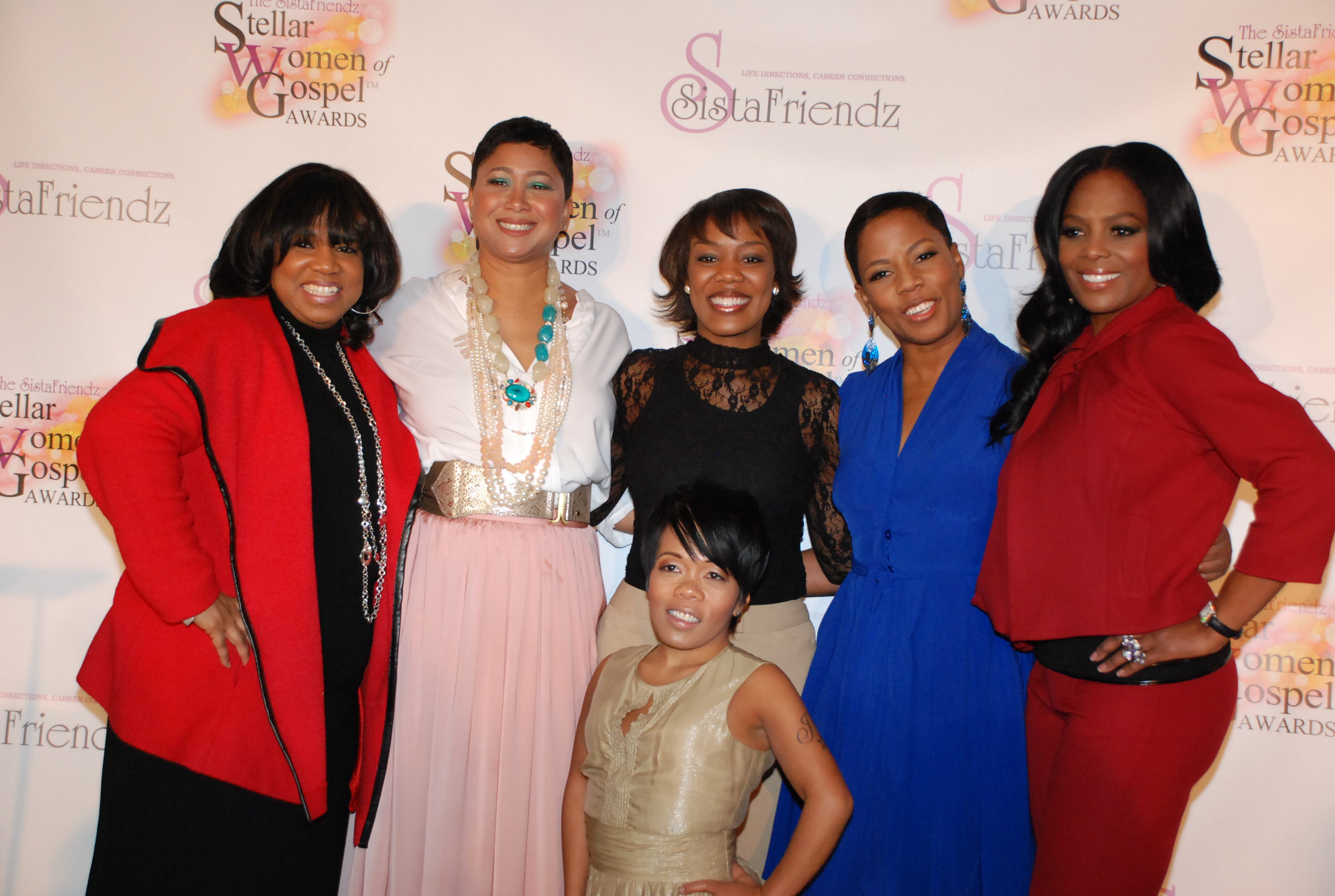 The Stellar Awards now has another amazing event to add to its yearly weekend festivities: Toya Beasley’s SistaFriendz: “Stellar Women of Gospel Awards”.

The morning started with a welcome by SistaFriendz President Toya Beasley who talked about how the event came together. She explained how God favored her and everything just exceeded her expectations. Pastor Kiwanis Hockett gave the invocation and we were treated to a musical selection by Patrick Dobson. Patrick sang his hit, “Keep Me” and tears immediately began to flow from many of the honorees and guest. The empowering message in the song set the tone for a day honoring extraordinary women who’ve been on the front lines of the Gospel industry for many years. 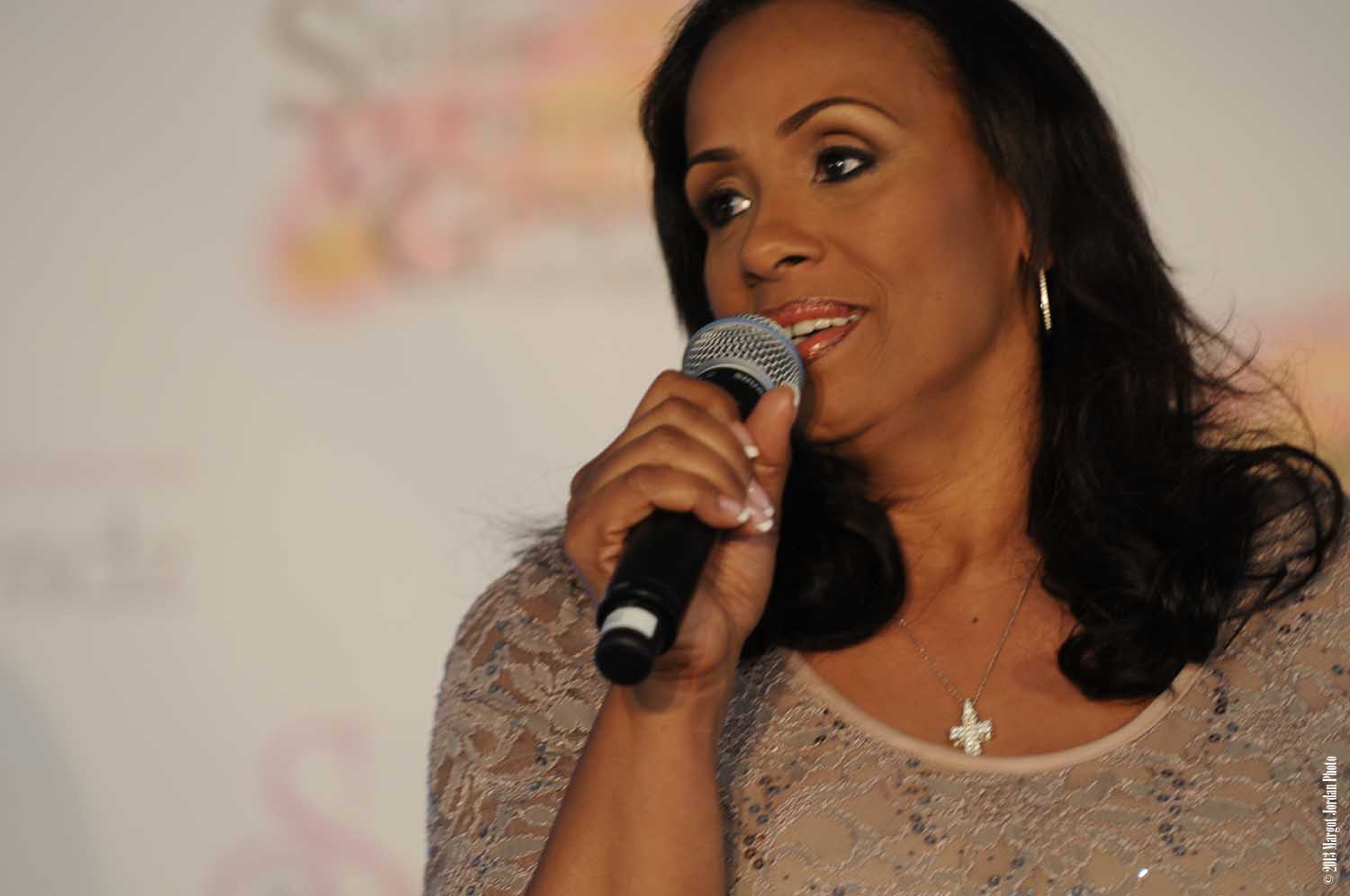 Most of the women at this event are used to being behind the scenes and not on display. However Toya Beasley and her team did a phenomenal job of broadcasting these ladies stories. The first honoree was Treiva Williams. Most see Treiva Williams as the sharp executive assistant to Mary Mary, handling all their business and various tasks on their weTV reality show.  What many don’t know about Treiva is that she is a 15 year cancer survivor having overcome two strokes, and is defeating multiple sclerosis every day. Treiva also contributed to the growth of Gospel Today Magazine and the Gospel Heritage Foundation. Mary Mary Manager Mitchell Solarek presented the award to Treiva , standing in for Mary Mary who were in rehearsals for the Stellar Award live broadcast taking place later that evening. 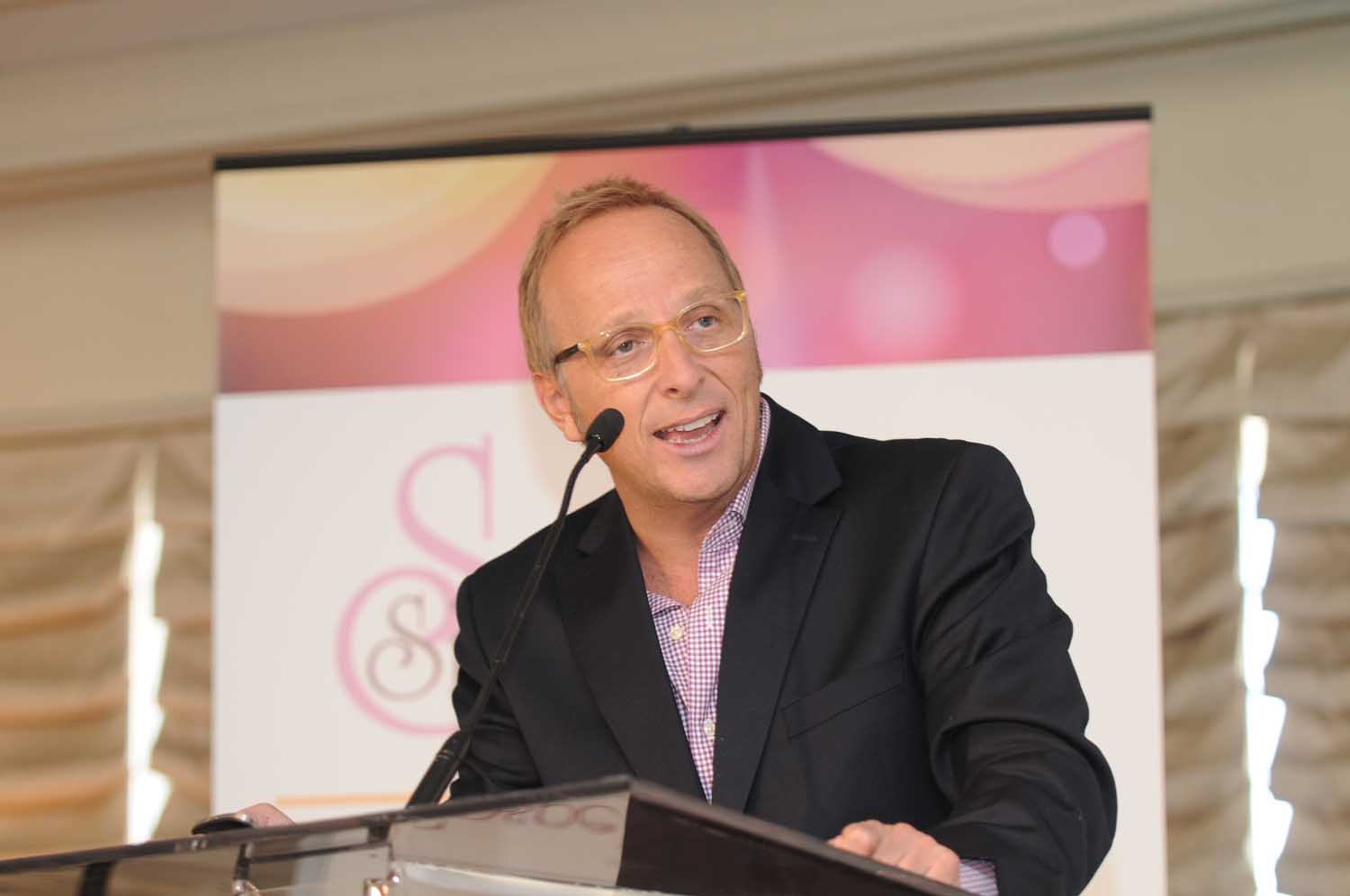 The next honoree was Diana Hobbs, the president and CEO of EEW Magazine. Jessica Reedy was on hand to present the award and explained how in this industry unfortunately at times you don’t meet very nice people. Reedy explained how when Hobbs interviewed her, she engaged the conversation and made her feel appreciated as an artist.  Hobbs being moved by the moment explained that in spite of her own health struggles, she remains committed in her ultimate goal to empower women.

After Light Records recording artist Jonathan McReynolds serenaded the crowd with the latest hit from his chart topping album, it was time to honor the publicist to the Gospel Music Stars of America, JoJo Pada. JoJo has had over 18 years of experience in Entertainment Public Relations. JoJo has worked with with a number of gos 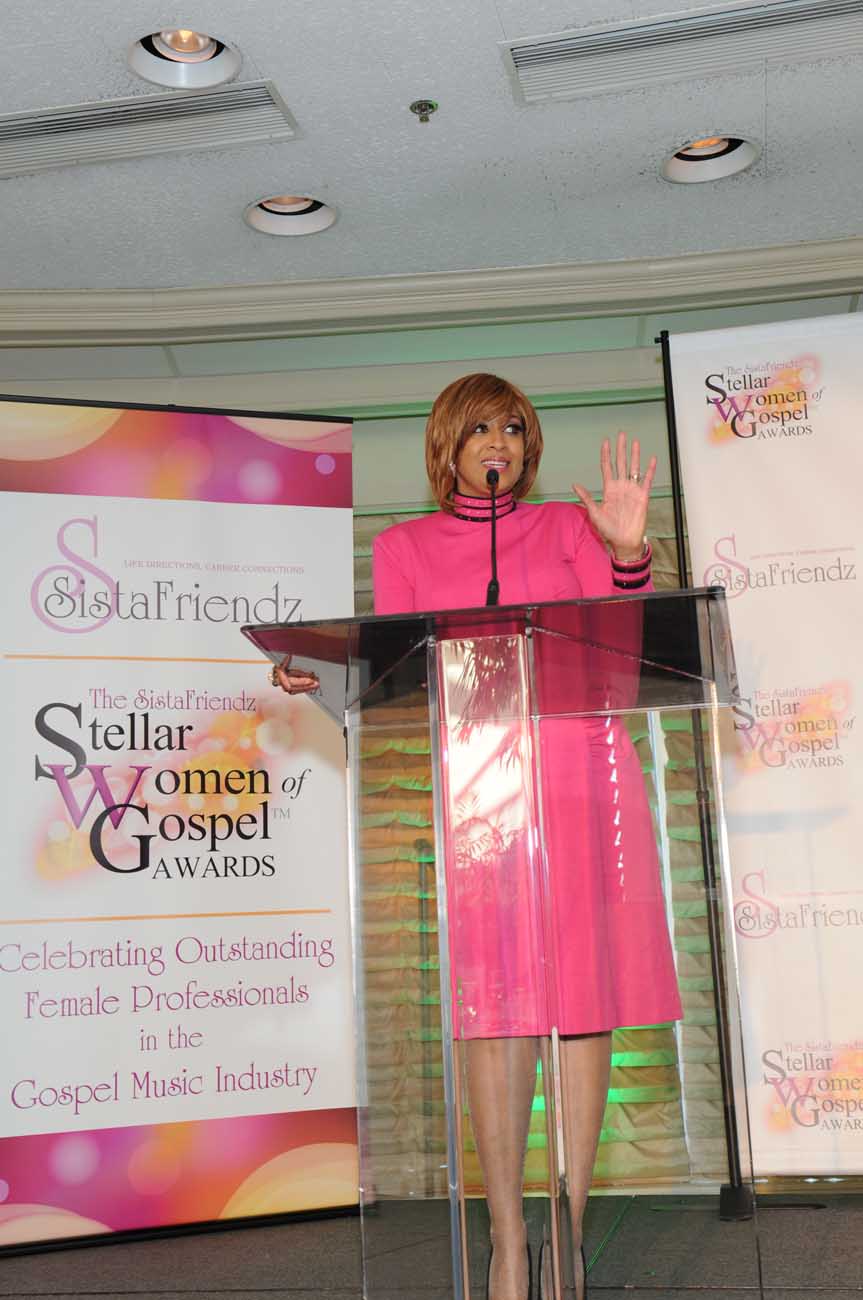 pel artist including Donnie McClurkin, Mary Mary, Shirley Caesar, and Fred Hammond to name a few. She’s served as VP of Publicity at Light Records and Sr. Director of Publicity at Verity Records. Torrence Glenn of BET.com and a dear friend of Pada, shared stories of how he came to met the powerhouse PR agent and marveled at her work and ability to get the job done. When JoJo took the stage those who hadn’t met her were introduced to her sense of humor and kindness.

Dr. Dorinda Clark-Cole  presented BMI Vice-President Catherine Brewton her award.  Catherine has had many positions with the organization and is responsible  for many of its accomplishments such as the opening of its Atlanta office. She works with the staff in New York, Los Angeles, Nashville and more to bring additional talent to BMI.  Brewton shared with the audience of how it can be hard balancing all that God has called her to do but she’s ever mindful of the words he spoke to her, “I’ve Got You”.

A very special moment for the GOSPELflava.com family was when our very own CEO, Melanie Clark Pratt was honored at the event. Melanie, who refers to herself as ‘The Modern Church Lady”  loves good food, fly shoes and is an originator in Gospel media. Melanie along with James Robinson, Stan North, Gerard Bonner and the late Mark Tilles founded GOSPELflava.com in 1997. The site has grown reaching over 400,000 visitors weekly and remains a top-viewed website for Gospel news and media. GOSPELflava.com founder and President of Light Records, James Robinson, presented Melanie the award. James shared how God has used Melanie to speak in to his life about his career and family. When accepting her award, Melanie thanked her family, friends, and her GOSPELflava crew for assisting her with this vision that God has given her. 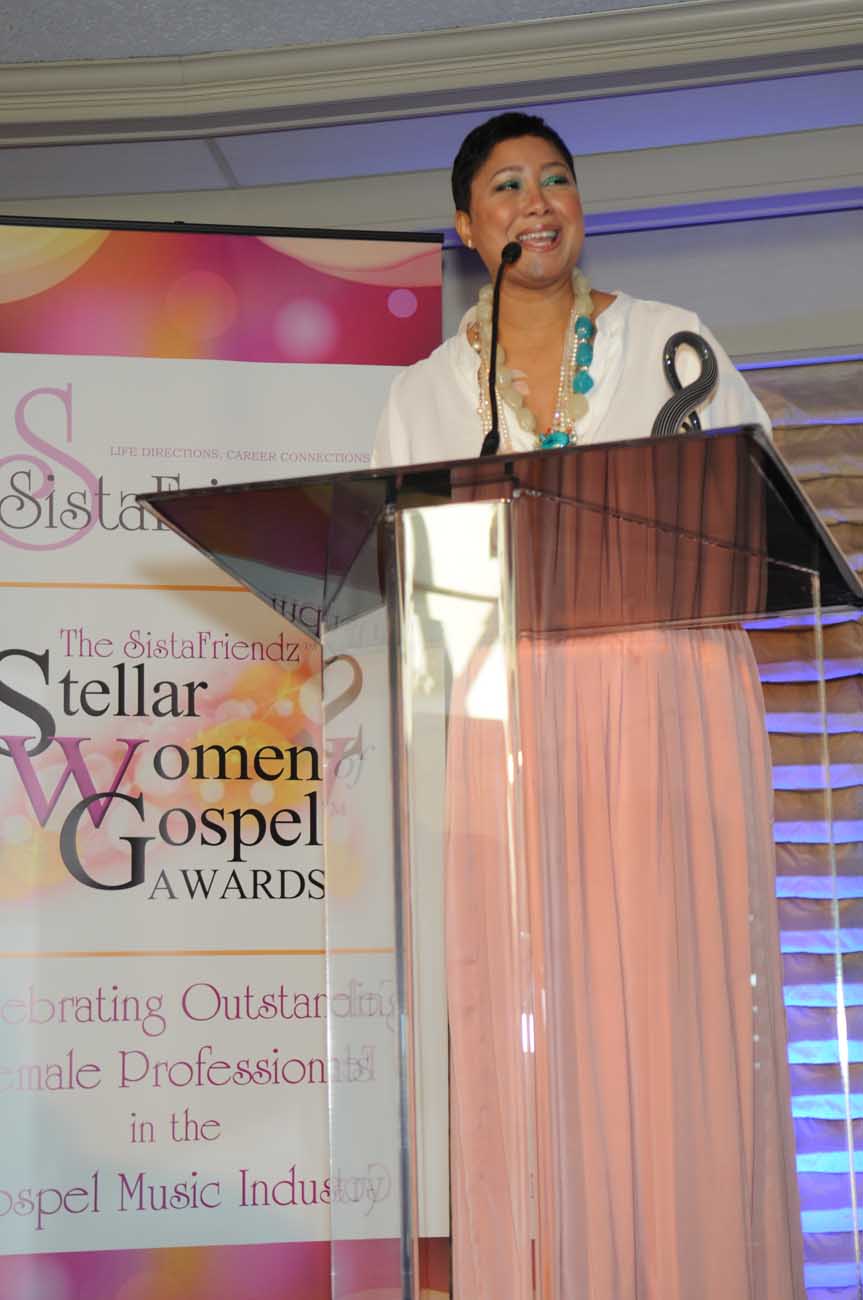 Grammy Award Winning Gospel legend CeCe Winans  bragged about her long time friend and consultant Demetrus Stewart. Demetrus Stewart’s career spans over 20 years as she lent her talents to making the careers of Beverly Crawford, the late O’Landa Draper, Bishop Carlton Pearson, Donnie McClurkin and more.  She started as a receptionist for Warner Alliance Records  and eventually went on to start the now thriving Verity Records for Jive Records in New York.  She heads an organization along with CeCe Winans called “My Sister’s Keeper” and also organizes and host the annual “Always Sisters, Forever Brothers’.  CeCe fought to hold back tears when describing how much Demetrus means to her and her ministry. Demetrus went on to explain that when given the opportunity to work with CeCe she was grateful to represent someone who lived what they sang about. 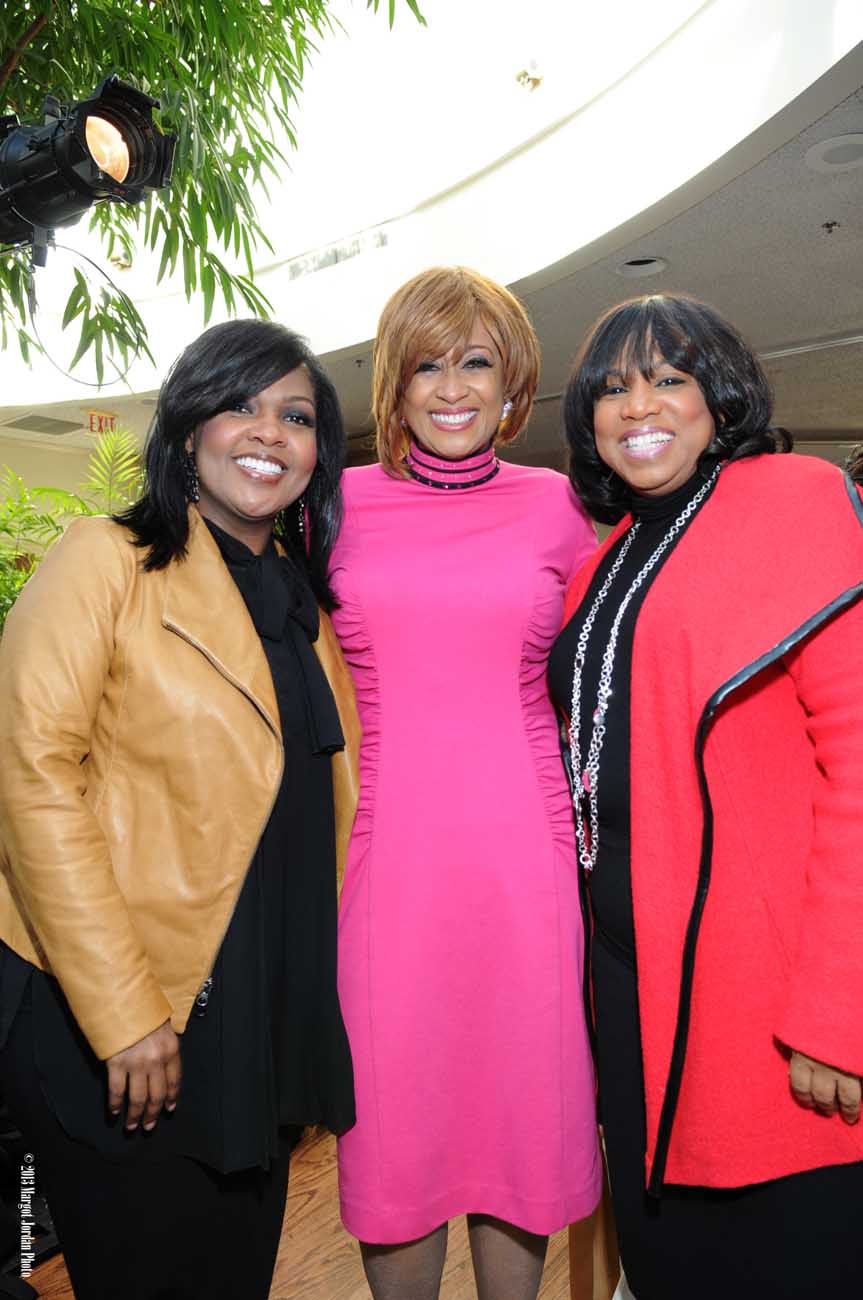 Brian Courtney Wilson brought the entire room to tears singing his song “So Proud”. The heartfelt lyrics evoked how each and every person in attendance. The final honoree was Erma Davis, the President and COO of Central City Productions, a television production, sales, and syndication company that’s been in business over 42 years. Prior to joining Central City, Erma worked for more than a decade at the McDonalds corporation. Ms. Davis has been honored in ‘Who’s Who in the World Of Women” and the American Management Association.  Jonathan Nelson was on hand to close out the event with his smash hit “Expect The Great” along with Pastor Taffi Dollar who gave the closing prayer. The now alumni of the SistaFriendz all agreed they were excited to be apart of next year’s event.