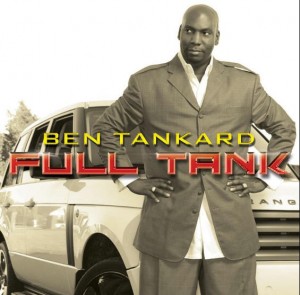 Ben Tankard counts his blessings for 20 years in the gospel music industry.  The keyboardist, producer, songwriter, entrepreneur and motivational speaker dropped out of college  after a year to pursue a career in basketball.  After experiencing a career ending injury, he turned his focus towards music.  Next came Tribute Records, where he was instrumental in the development and production of several gospel chart toppers including his work with Yolanda Adams (Through the Storm, Just a Prayer Away).

A 100 city Full Tank concert tour is planned in support of the album release.  Tankard has also signed a deal for a family based reality tv show scheduled to debut later on  in the year.