16 year old Kelontae Gavin made waves when his Youtube video performance of I Won’t Complain went viral, garnering some 575,000 views.  Marquis Boone , the mastermind behind the success of Casey J and social media sensation Bri Babineaux received a clip of his performance and immediately 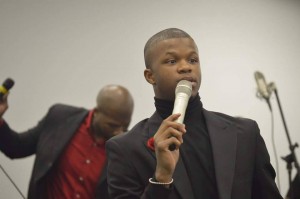 “It was a long process getting Kelontae to become part of MBE because of his age but after many emails, phone calls and conversations with his parents we are thrilled and ecstatic to be trusted with such an awesome talent and we at MBE are ready to position him to be a new breakout artist,” says Boone.

MBE is set to re release Higher, a single from Gavin’s 2014 digital EP later this year.